Over thirty years ago,David Hephermade a painting of the Durrington Tower high rise on the Wandsworth Road Estate. Exhibited at the Hayward Gallery in 1975, the painting marked the beginning of Hepher's sustained exploration of the monolithic and sculptural forms of South London's twentieth century skyline. Recently he has revisited the site - now emptied of the idealistic impulse from which it sprang - anxious to paint its soaring modernist structures before they are reconditioned or else demolished.

This November, Hepher will be showing a number of paintings, two epic triptychs and a diptych among them, based on the Estate and its complex history. These works speak in a heterogeneous visual language, in which the literalism of medium (as with earlier works, they are painted on a base of shuttered concrete and/or enlarged photographic images) vies with the hyperrealism of multi-layered text and image. The Mondrianesque grids of the buildings are interrupted by vignettes of landscape torn from another aesthetic economy; streaks of paint mark their architectural anatomies like abstract scars; tags of graffiti encode critical interventions made by human hand.

For Hepher, the dialogue between the 'distance' of the photographic image and the physical tactility of paint and brushstroke is crucial to the presence of these works. As an artist, he obsessively exploits the interplay between representation and realisation. By incorporating the real materials of architecture into his paintings, he seeks not merely to represent the tower blocks, but to take over their very substance. The temptation to read the picture plane, with its lucid geometry and fidelity to the line, as an exercise in abstraction, dissolves at the moment the painting's swarming detail tears into focus. The subtle disorder within order that is the essence of Hepher's paintings is perpetually at work to reveal the hidden lives behind the concrete screens.

David Hepher studied at Camberwell School of Art and Slade School of Art, where he later became Professor and Head of Undergraduate Painting. He has exhibited widely in the UK and internationally. 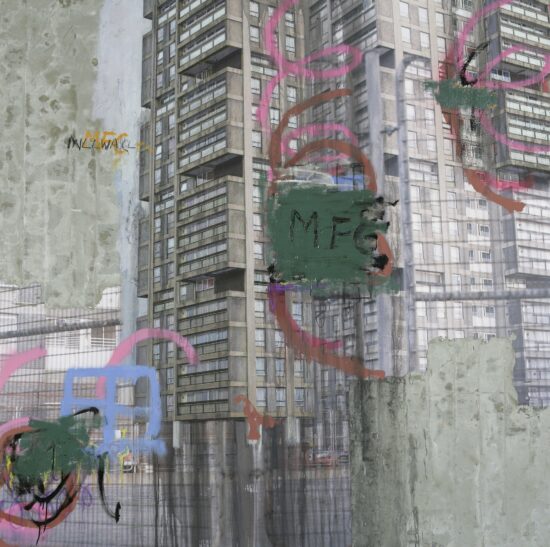 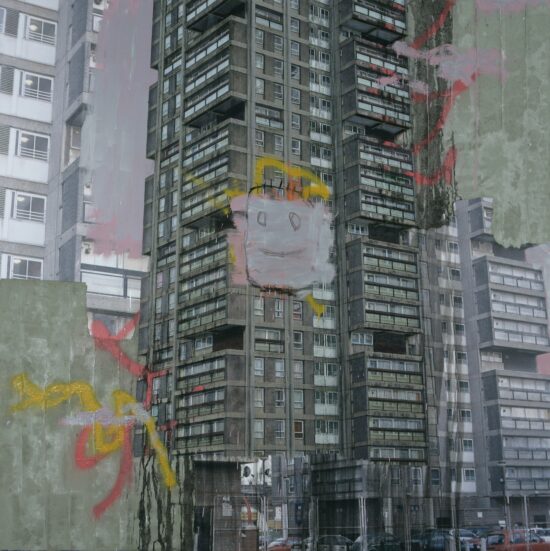 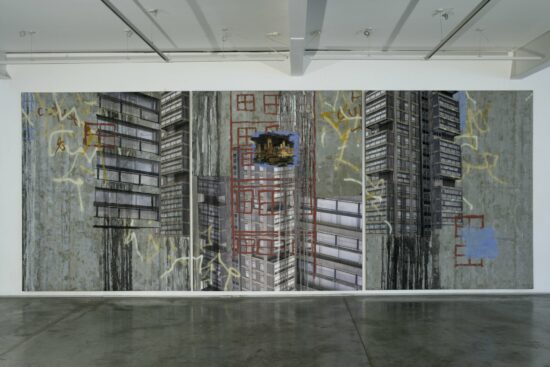