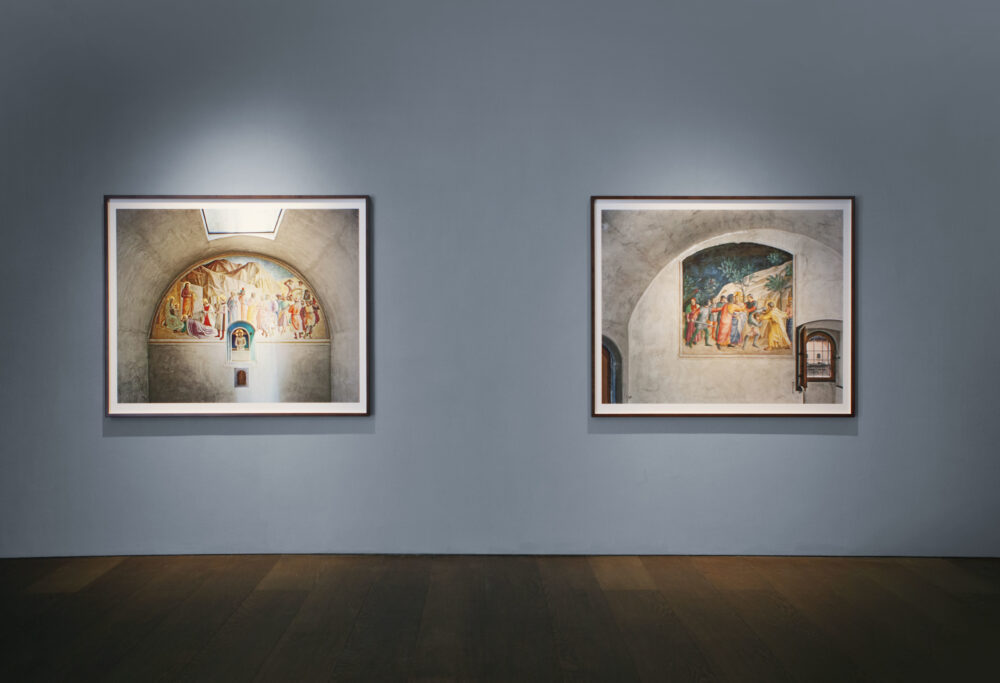 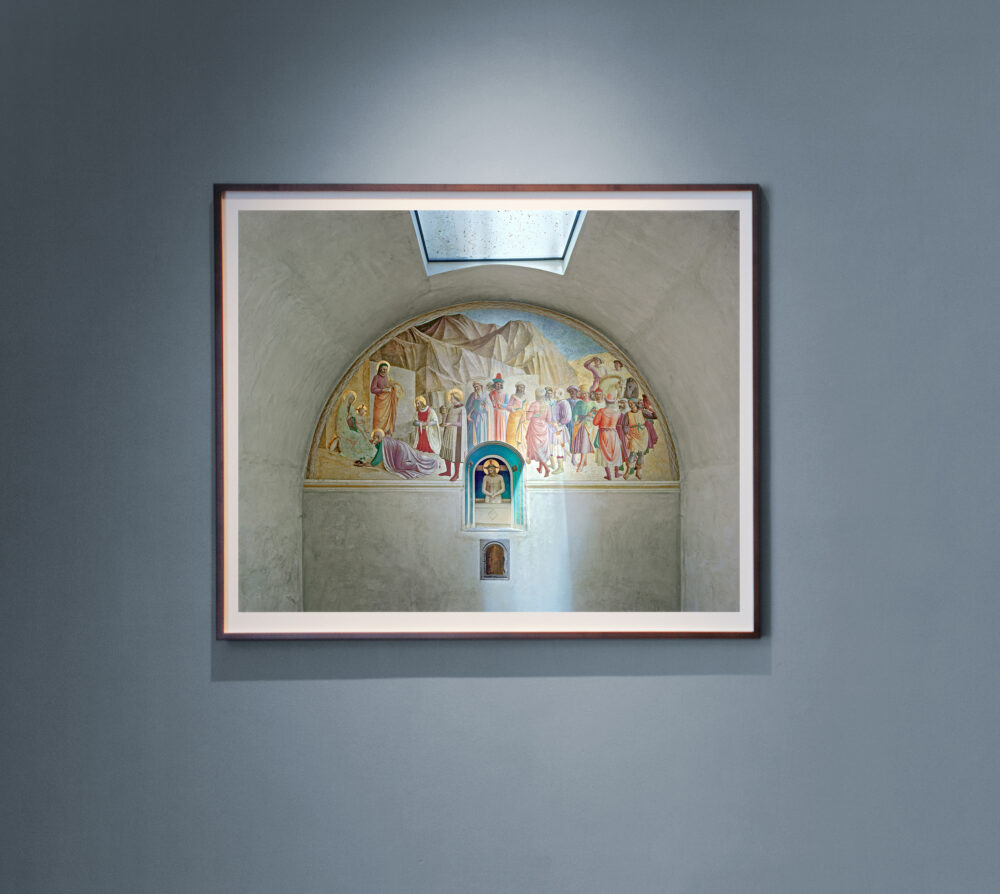 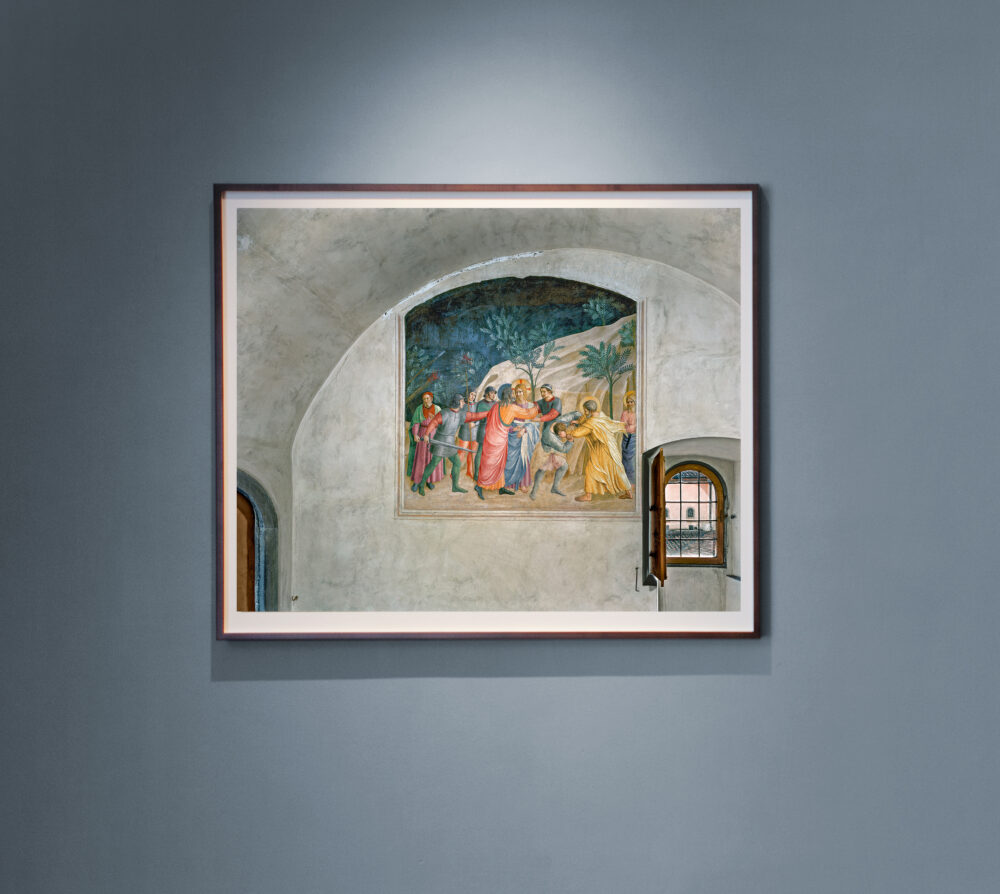 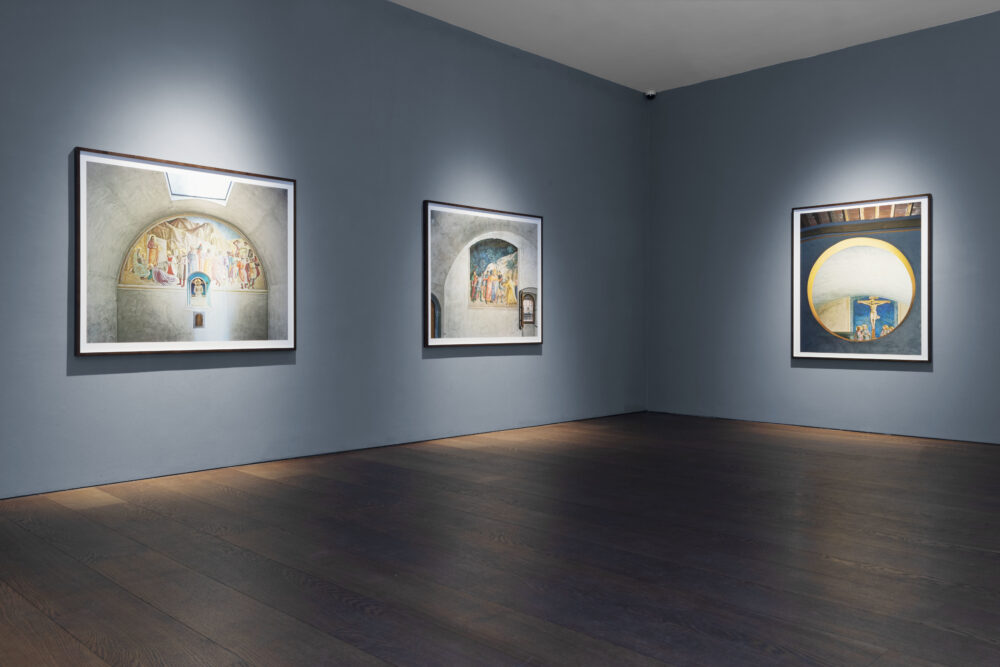 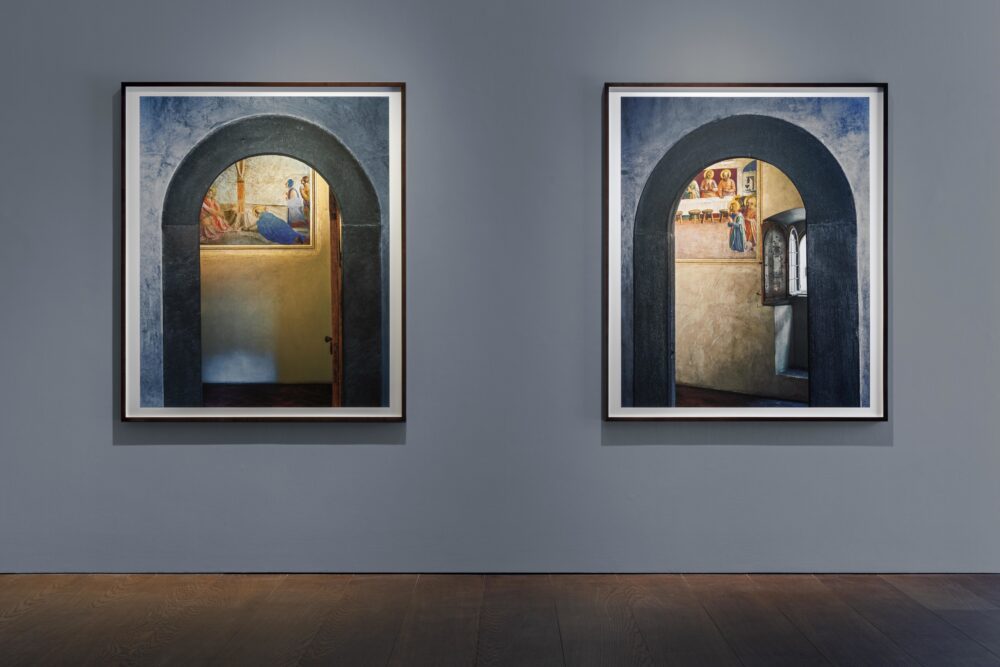 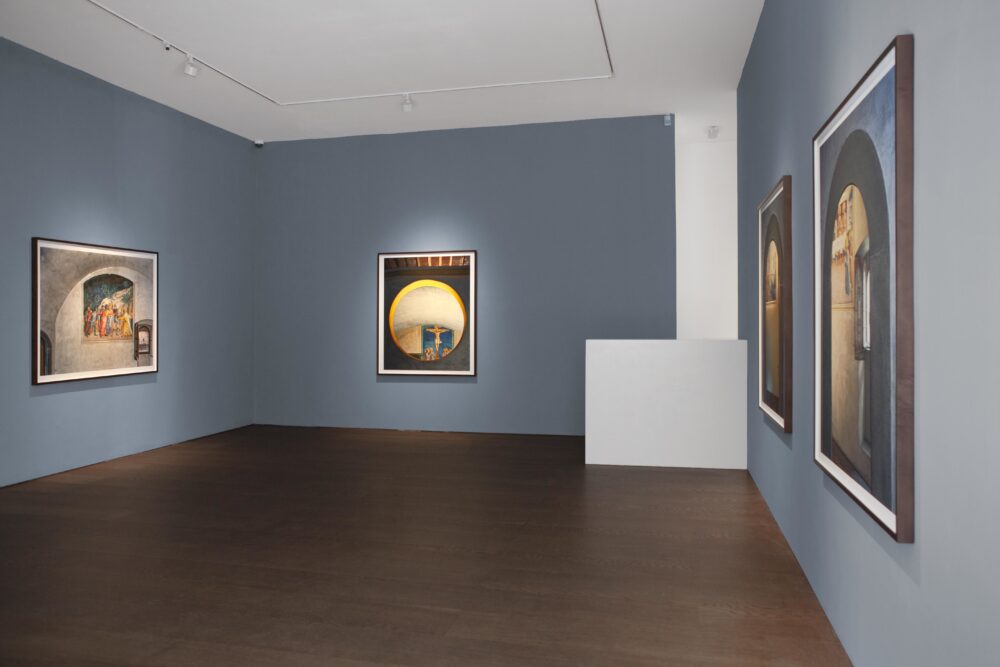 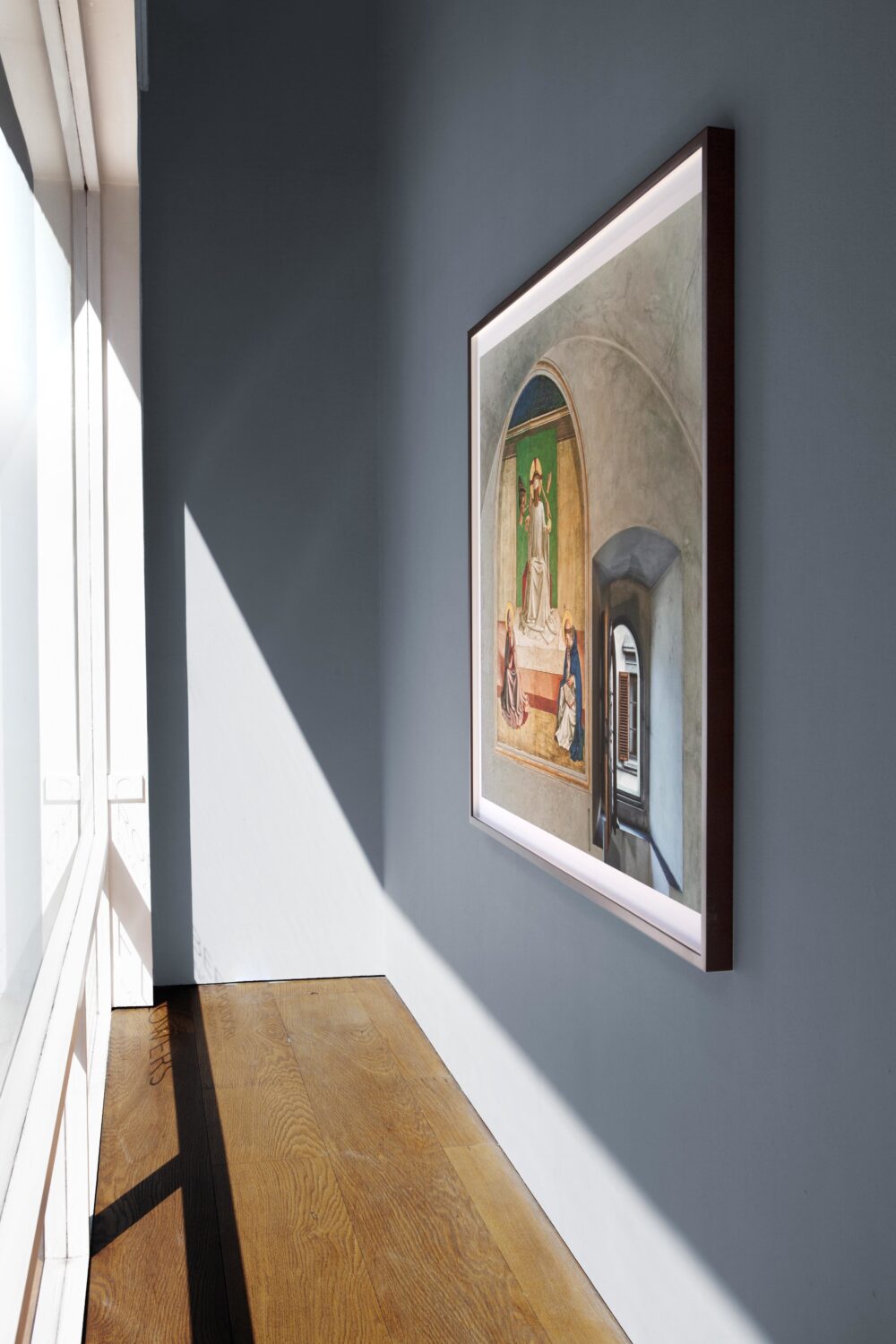 Flowers Gallery presents a solo exhibition of Robert Polidori’s photographs of the frescos of Fra Angelico in the Dominican priory of San Marco in Florence, on view for the first time in the UK.

Robert Polidori is an acclaimed photographer of human habitats, interior spaces and urban environments. Creating highly detailed, large-format colour photographs of places marked by the imprint of lives past and present, Polidori’s images reflect on notions of memory and history embedded within architecture.

The series of photographs Fra Angelico/Opus Operantis centres on the restored frescoed interiors in the 15th Century San Marco Convent by Italian Early Renaissance painter Fra Angelico. Polidori’s photographs excavate the psychological structure of the rooms, exploring a connection between the calm interior spaces of the monk’s cells and the the spiritual charge of Fra Angelico’s striking masterworks depicting the life of Christ, which were designed to augment meditation and prayer.

Polidori began his career in avant-garde film assisting Jonas Mekas at the Anthology Film Archives in New York, an experience that critically shaped his approach to photography, based on ideas of temporality and stillness. While living in Paris in the early 1980s, he began documenting the restoration of Versailles, and has continued over a 30-year period to photograph the ongoing changes to its interior. He has gone on to photograph the crumbling majesty of mansions in Havana, Cuba; the deserted ruins of the 1986 Chernobyl nuclear disaster in Pripyat and Chernobyl; and in 2005, travelled to New Orleans to record the abandoned homes and devastation caused by Hurricane Katrina.

Throughout his career of four decades, Polidori has returned to the subject of the room as a container of memory or metaphor for inner emotional states. Referring to the phenomenological writings of Gaston Bachelard, Polidori’s rooms are both a poetic encounter with the history of interior spaces, and a portrait of contemporary society. Considering the design of the interior as an exteriorization of identity, Polidori refers both to the psychic signature of former inhabitants and to broader museological themes of value, conservation and re-construction – of what is saved, and what is made new.

Created with long exposures and using natural light, Polidori’s photographs present what he has described as an idealized view of time and place as it exists in the mind’s eye, delivering images that invoke stillness and contemplation through their detailed command of colour, texture, light and shade. 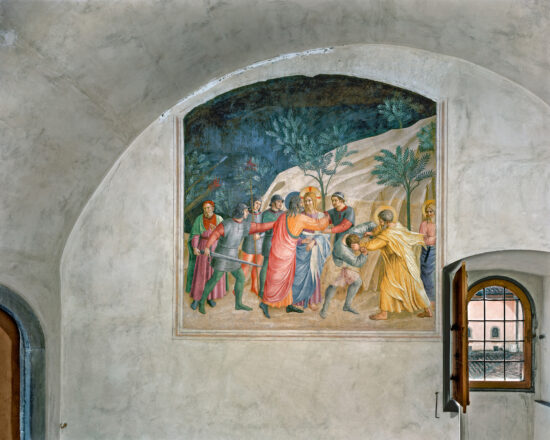 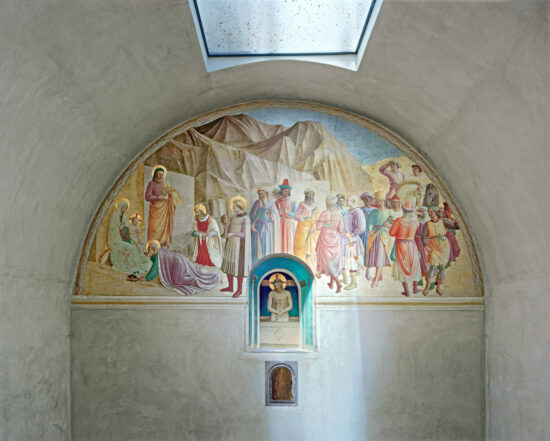 Adoration of the Magi and Man of Sorrows by Fra Angelico, Cell 39, Museum of San Marco Convent, Florence, Italy, 2010 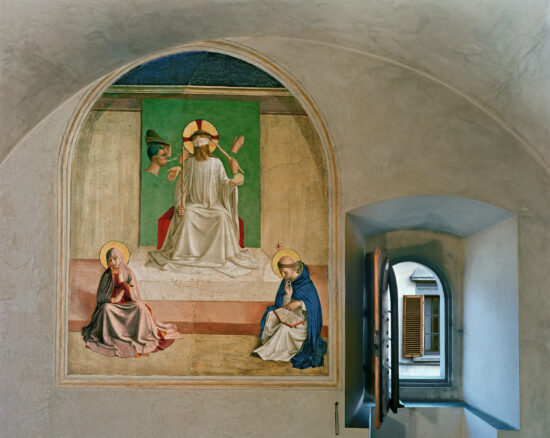 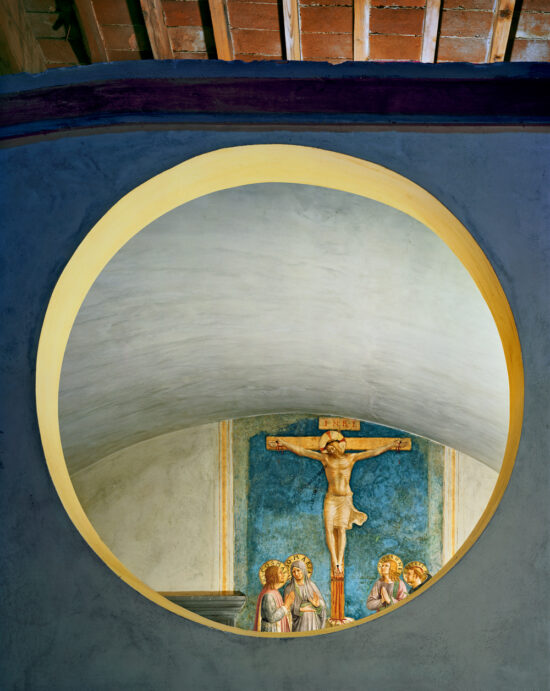 Crucifixion with the Virgin and Saints Cosmas, John the Evangelist and Peter Martyr by Fra Angelico, Florence, Italy, 2010 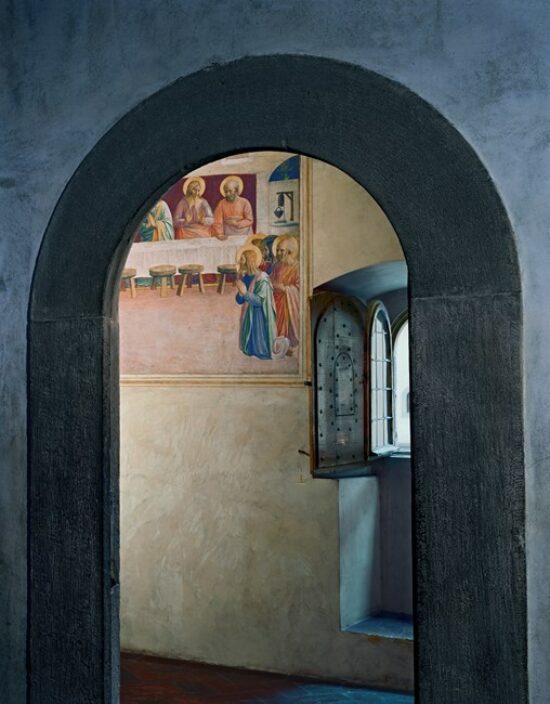 The Last Supper, or Communion of the Apostles by Fra Angelico, Cell 35, Museum of San Marco Convent, Florence, Italy, 2010 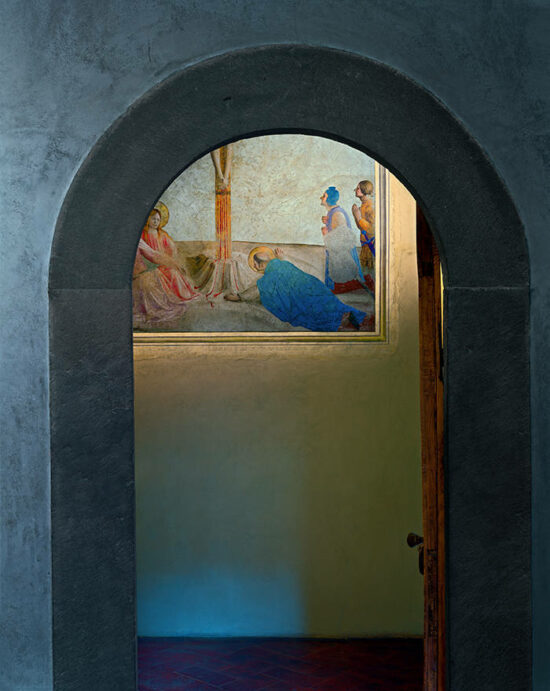 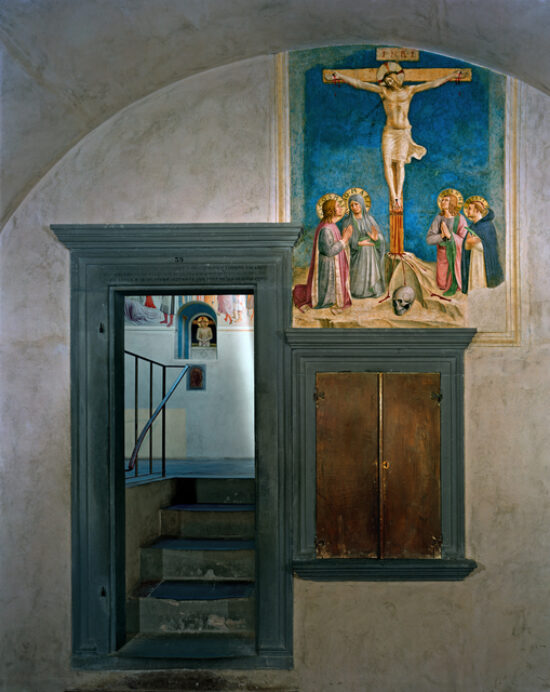 Crucifixion with the Virgin and Saints Cosmas, John the Evangelist and Peter Martyr by Fra Angelico, 2010