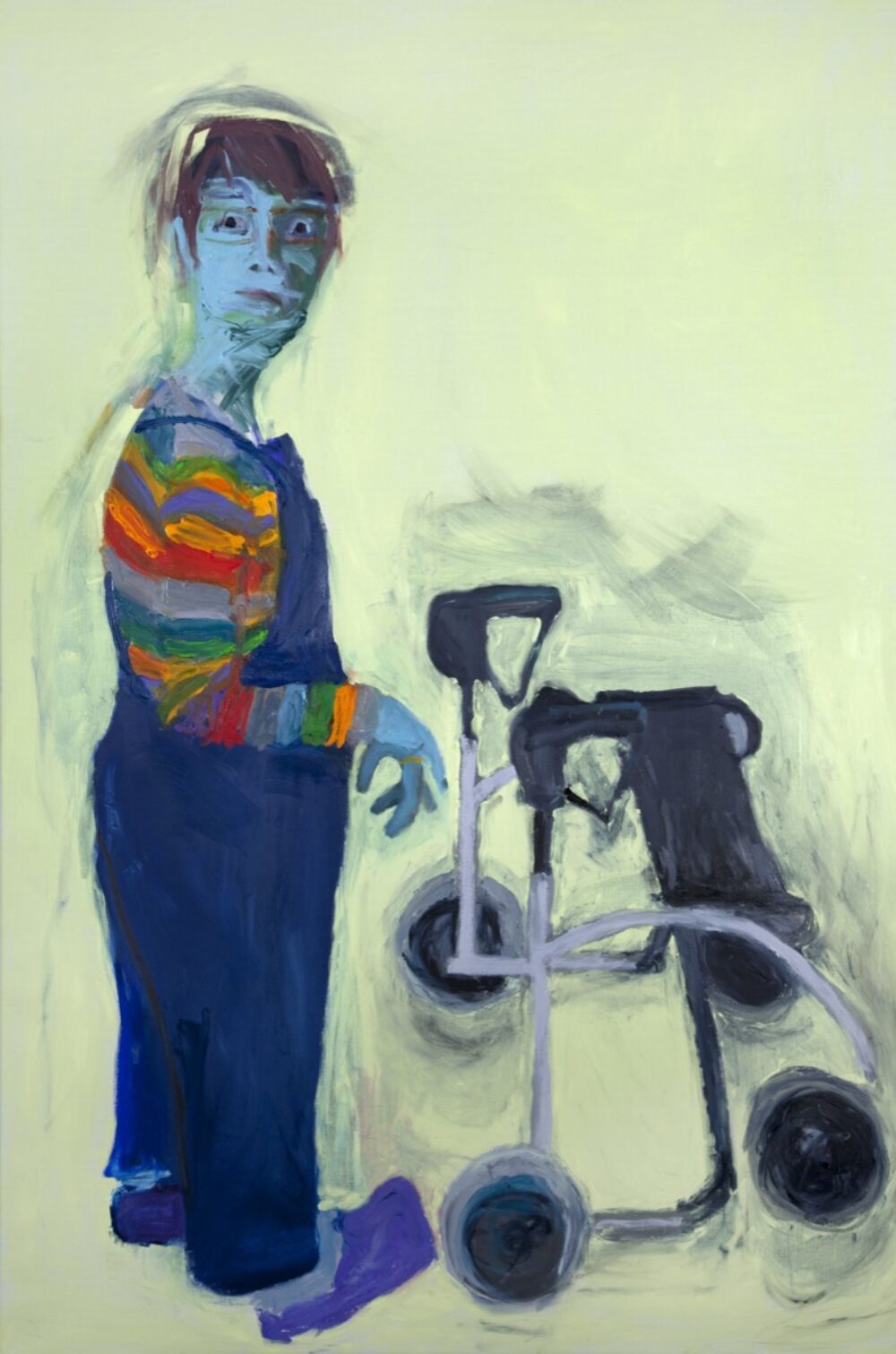 Looking Out, Looking In

Born in London in 1955, Lucy Jones is a painter of both provocatively disquieting self-portraits and unpeopled landscapes of flaring colours and raw, wild beauty. Her landscape paintings preclude, she says, 'overt human narrative, so I've left people out.  My landscapes are about looking out into the world; my self-portraits are the other side of the coin.'

At Camberwell School of Art, an expressionist affinity was nurtured by visiting tutors, the painters Frank Auerbach and Leon Kossoff. Living for many years in London (until moving to Shropshire in 2004), she painted incandescent riverscapes of 'the simple architectural spaces' around the South Bank.

Creating early self-portraits, 'I had not liked looking at myself in the mirror. I felt sexless (unlike Frida Kahlo)... Things have changed quite a lot in the last years and depression is far less prominent. I met my husband twenty-five years ago and my confidence grew. I began to paint the whole of me and paint the awkwardness of how I look - which is both personal and common to all. I still use a mirror every time... in my studio I have two full-length mirrors and another smaller one.'

Looking over my Glasses (2012) is, painted against a black background which 'rather as in Russian icons, makes the colours stand out with jewel-like vividness'. She comments on 'the resolved triangular geometry of the pose' and likens the piercing autobiographical regard to the way 'Rembrandt used eyes very powerfully to transfix the viewer's'

Central to her work is a Bonnard-like appreciation of the musical role of complementary colours and tones in making a painting cohere and sing. The prominent arc-like eyelids are echoed here in the slightly ruddier tints of the decorative crosses on the cardigan, whose startling turquoise appears as high-pitched in tone as the eyelids themselves. Her recent self-portraits feature poignantly matter-of-facts 'props', including a wheelie walking frame, clinically bleak in form and hue, whose sculptural 'pose' wittily echoes that of the standing artist herself, resplendent in psychedelically-striped jumper.

Exploring the Marches (her local terrain) by car, she will kneel on the ground, in front of the landscape, for several hours. These literally painstaking, consummately absorbed sessions result in intensively worked drawings and watercolours, which she repeatedly uses later in the studio as studies for oil paintings. 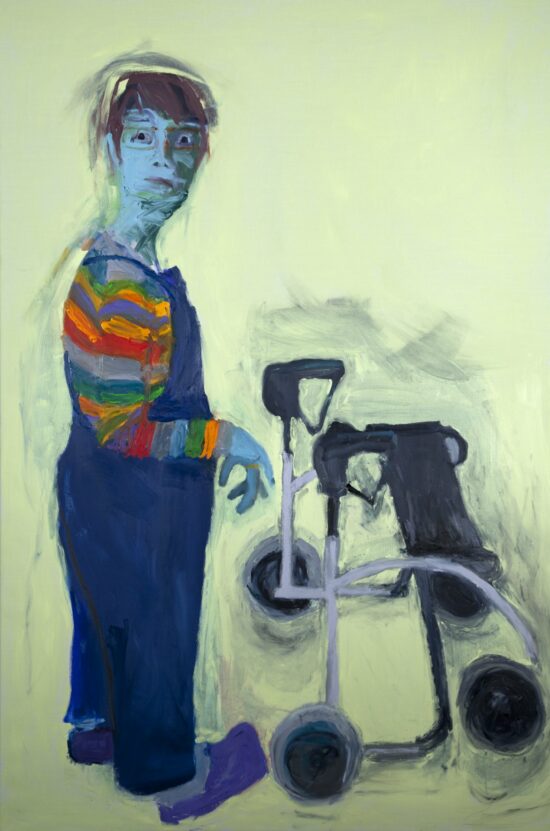 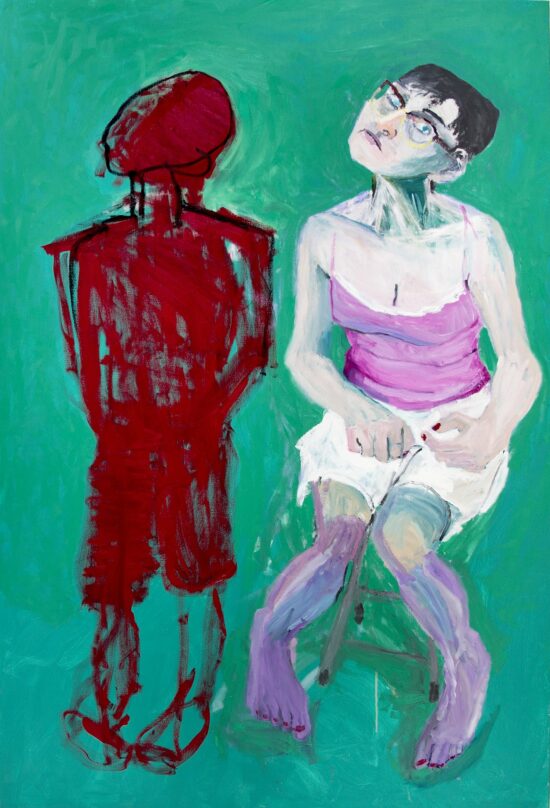 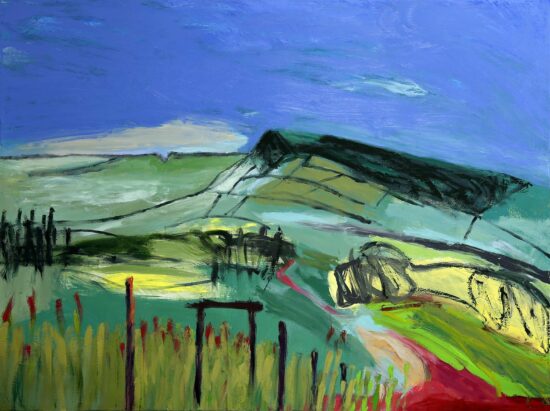 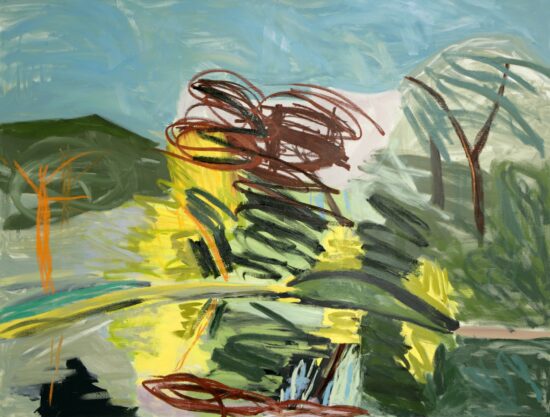 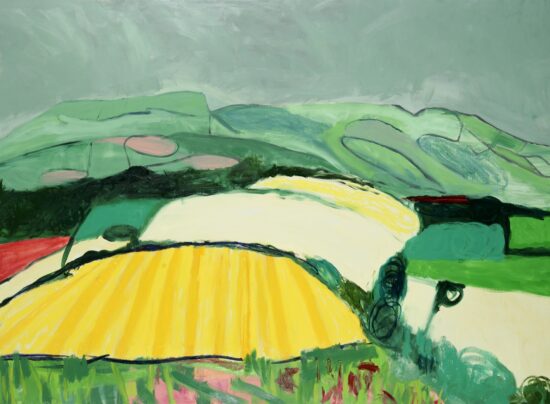 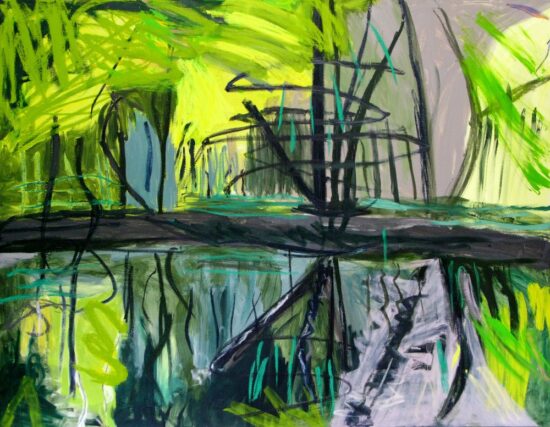