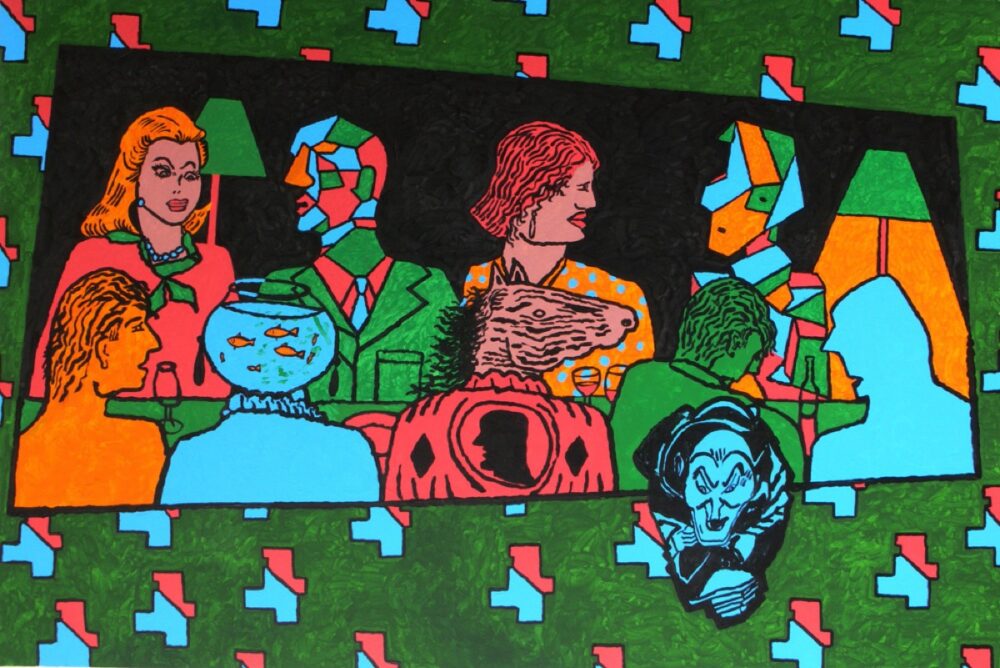 Derek Boshier is widely regarded as one of the pioneers of British Pop Art. While often canonised as a finite movement confined to the 1960s, Pop Art in fact marked the beginning of a liberated approach to the appropriation of imagery that has continued to flourish into the twenty-first century. Boshier used the idioms of Pop, synthesising clusters of media-derived imagery into hypertextual and optically arresting visual narratives, to make statements about contemporary politics and the globalisation of art and culture.

In the 1970s, Boshier took a hiatus from painting and embarked on a mercurial - and always prolific - exploration of a broad range of visual practices including drawing, printmaking, the creation of three-dimensional objects, installation and photography. He moved to America in 1980, immersing himself in the culture of political posturing and rampant commercialism that his work up to that point had obliquely, or else overtly, critiqued. After 13 years in Texas followed by a brief return to the UK, he finally settled in Los Angeles in 1997, where he continues to produce work that fizzles, and 'Pops', with a sharply focussed critical vigour.

The large-scale paintings and mixed media studies brought together in this exhibition extend Boshier's playfully subversive brand of sensationalism from sex and rock 'n' roll (he has played fast and loose withVoguemagazine covers and semi-fictional British tabloids, as well as producing album artwork for The Clash and David Bowie) to include a visual treatise on the subject of drugs. The cowboy character that appeared in many of his Texas paintings is reinvented here, evolving, or rather devolving, into a multitude of jigsaw puzzle pieces that destabilise the bold colour fields into a toxic bleed. Cocaine Cowboy, along with Chemical Rocker and Model Citizen - further members of Boshier's crew of malignant modern icons - literalise the de-humanisation that the artist sees as endemic within consumer-oriented societies. Here, the ubiquitous idols of our time - stars of the athletics track, celebrity demi-gods and urban outlaws clutching microphones, guitars or guns - fragment into abstract atomic forms. These punchy, playful new works make bold statements about the disintegration underlying the seductive gloss and commercial muscularity of our universal iconography. 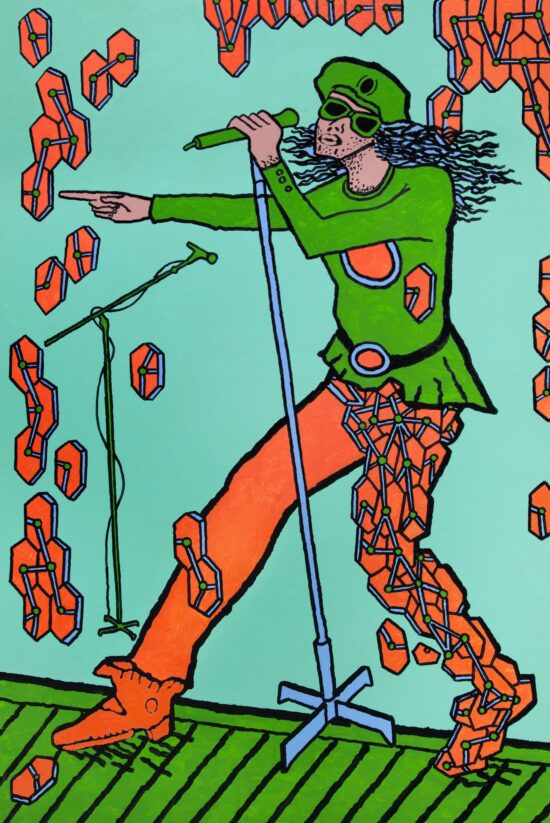 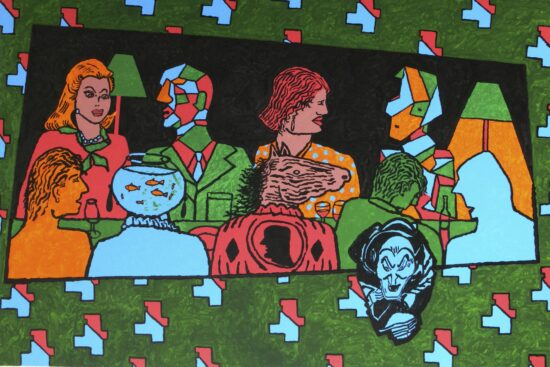 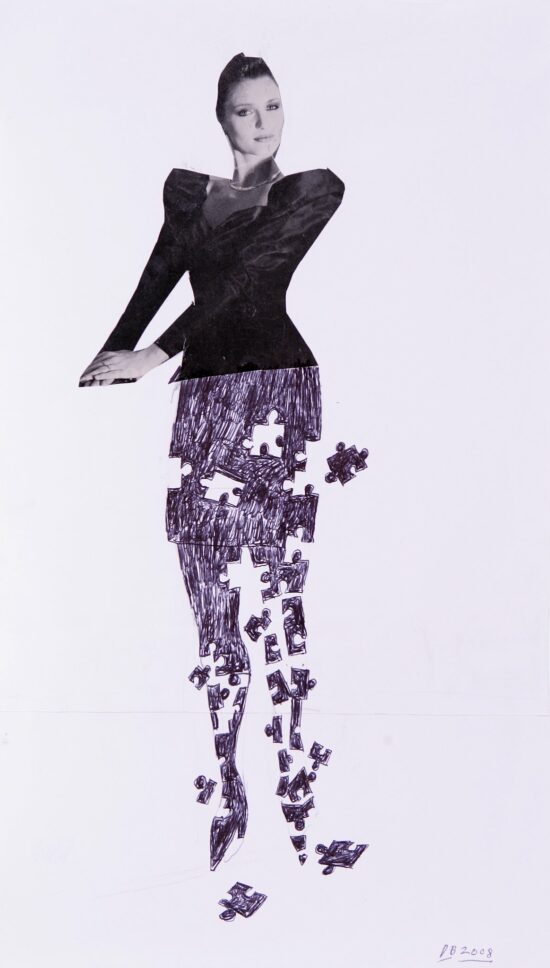