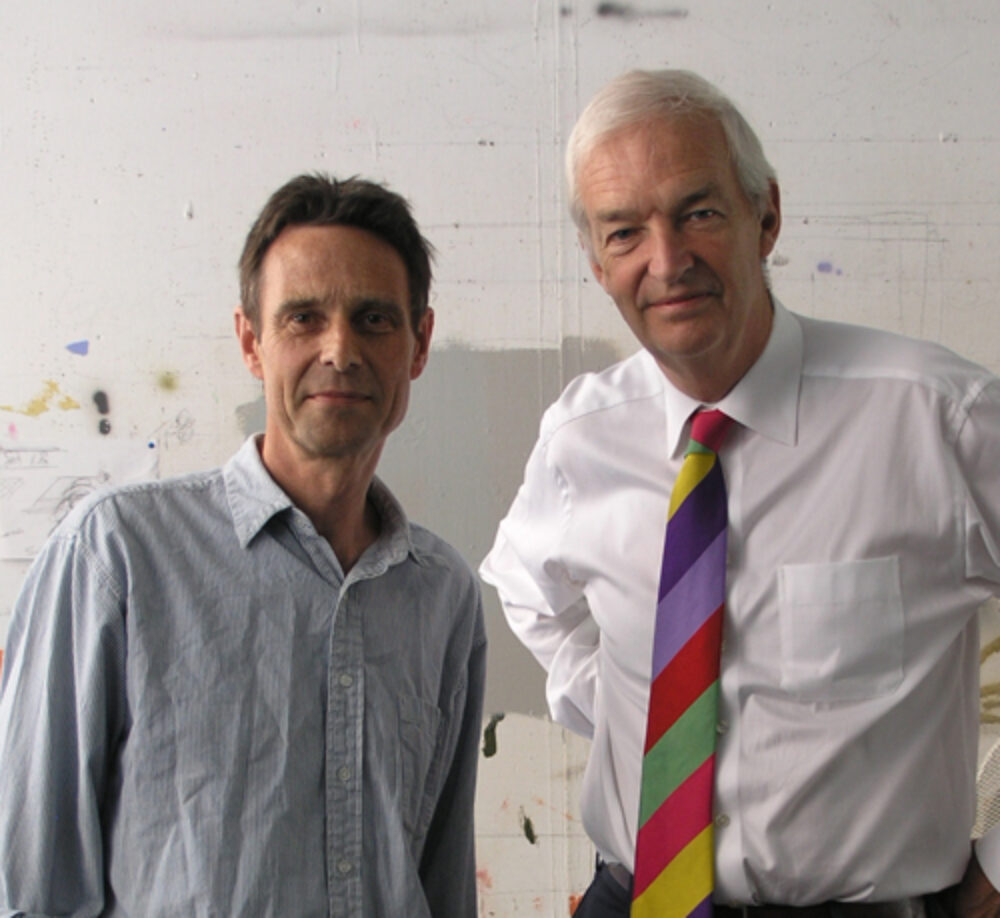 On Monday 21st November, 2016 Flowers Gallery hosted a special ‘in conversation’ event between former Official British War Artist John Keane, and journalist and television presenter Jon Snow. Please click on the image to watch a recording of the event.

Snow is best known for being the longest-running presenter of the Channel 4 News, since 1989. He won a BAFTA in 2005, and was named Journalist of the Year (2006) and Presenter of the Year (2009) by the Royal Television Society. Snow joined Flowers Gallery in East London immediately after presenting the Channel 4 News, which Keane describes as a “an essential fixed point in my daily consumption of news”.

John Keane’s reputation as a political artist has been established through a sustained artistic inquiry into the horrors of military and social conflicts around the world, and the effects of media distortion. His subjects have included Northern Ireland, Central America and the Middle East; and has involved working with organisations such as Greenpeace and Christian Aid. Keane first came to prominence when he was commissioned by the Imperial War Museum in 1990 to be the Official British War Artist of the Gulf War.

The pair were introduced in 2009 when Keane was commissioned to paint a portrait of Snow to mark his 20th anniversary with Channel 4. Former Director of the National Portrait Gallery Sandy Nairne said of the piece "Jon Snow by John Keane brings a much loved figure from television into the world of art, to striking effect." Following the portrait commission, Snow interviewed Keane for the television series ‘The Genius of British Art’ in 2010, and they have remained in touch. The territory that Keane has explored in his career as a painter has often overlapped with Snow's own. The pair discussed their shared interest in politics and current affairs, the evolution of war art and its continued value in a digital society, and Keane’s project produced in response to the commemoration of the 1994 genocide in Rwanda, which was the subject of his exhibition If You Knew Me. If you Knew Yourself. You Would Not Kill Me at Flowers Gallery, Kingsland Road.