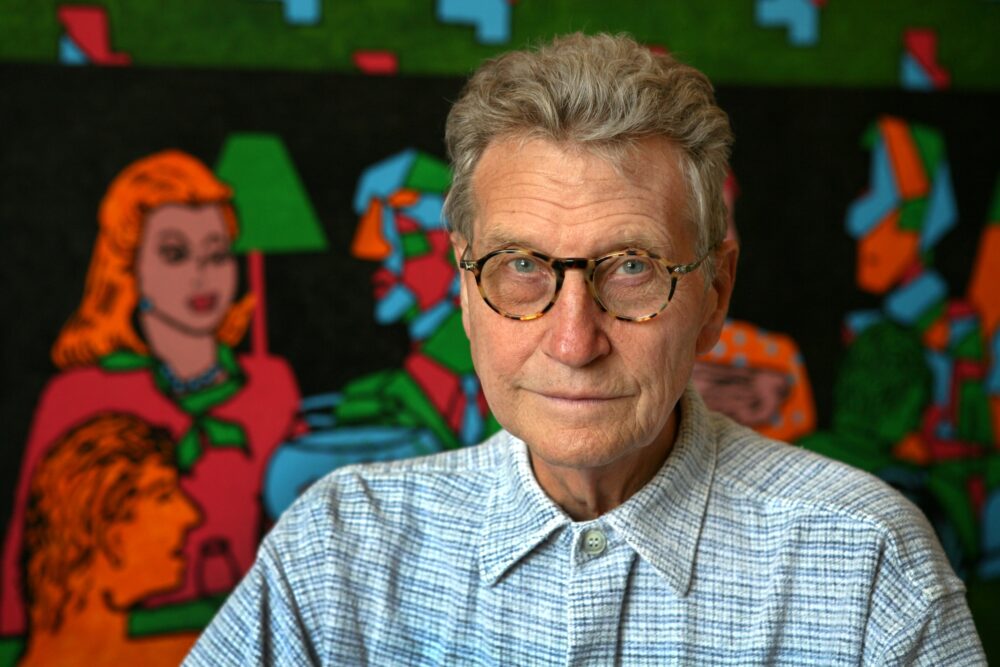 Derek Boshier, a pioneering artist of the 1960s British Pop movement, will be in conversation with journalist and author Paul Gorman at Flowers Gallery, Cork Street.

Boshier came to prominence as one of a generation of Pop artists to emerge at the Royal College, alongside David Hockney and Allen Jones, establishing a unique voice within the movement for his politicised critique of the prevailing consumer culture and mass media. His art has journeyed through a number of different phases, from films and painting to photography and book making, and has included album covers and stage-sets for David Bowie and a songbook for The Clash.

The artist now lives and works in LA, making this a rare opportunity to meet him in person and hear about his practice first hand.

The pair will discuss Derek's lengthy career, his new work on display at Flowers Gallery, and his new book, Rethink / Re-entry, which has been edited by Gorman and published by Thames and Hudson.

This event is free and open to the public, however booking is essential.