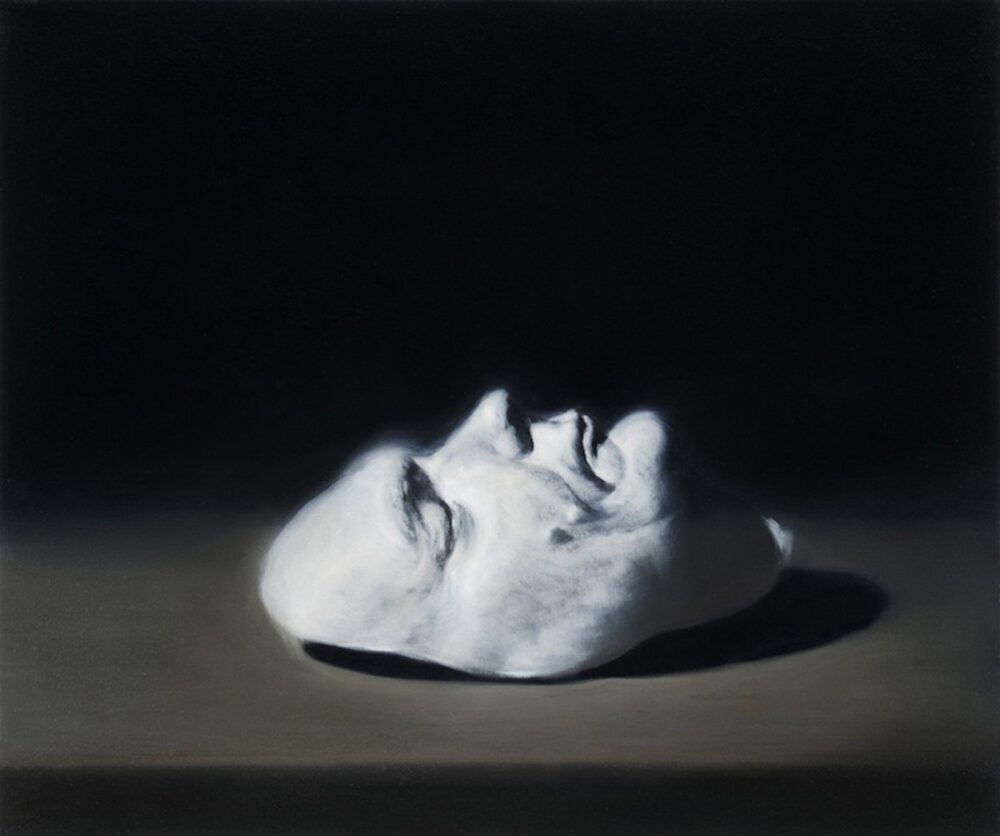 This exhibition of new work by Ken Currie can be viewed as a meditation upon the nature of portraiture itself, a series of claustrophobic and imposing paintings of fictitious power figures. The subjects while contrived are of a caste found in traditional commissioned portraiture. Here however, the artist is not reliant on flattering and kowtowing to his sitters. These subjects are of Currie's own imagining and he is entirely at his liberty to show their vain and avaricious natures, without rebuke. Currie invites us to a performance of players preening as they grasp for status, unaware in their arrogance of the cadaverous figures that they in truth portray. 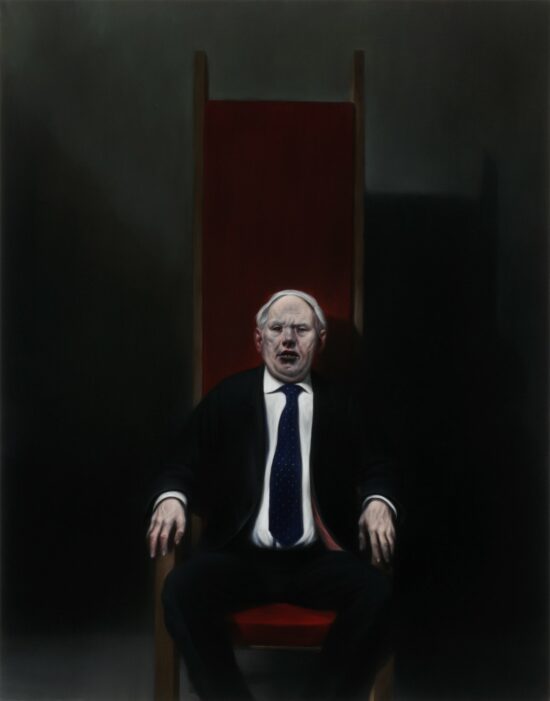 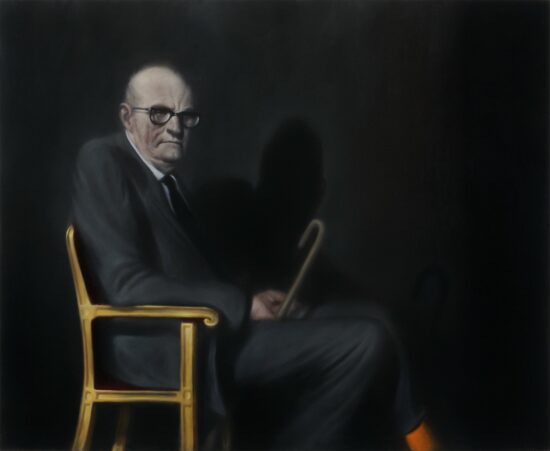 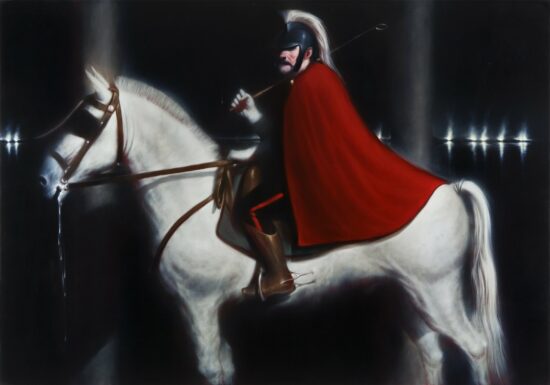 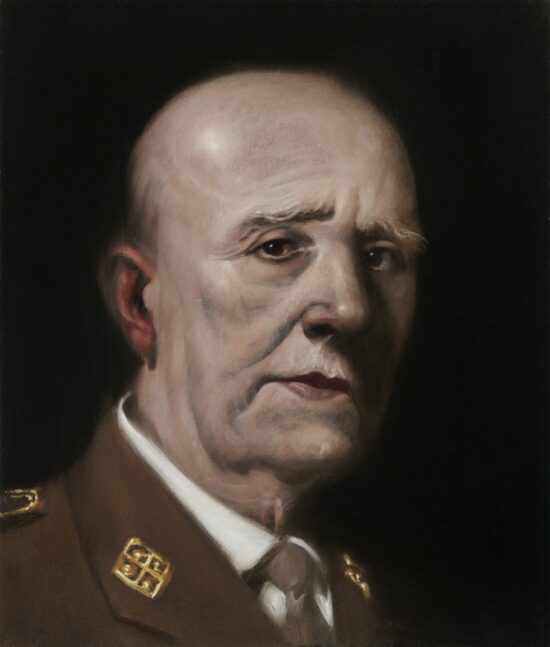 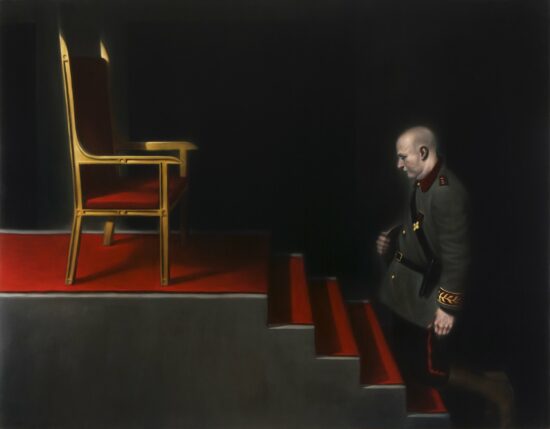 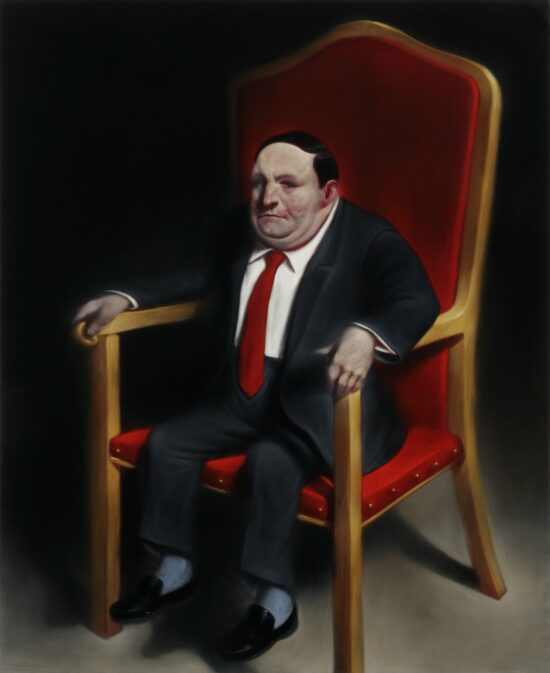 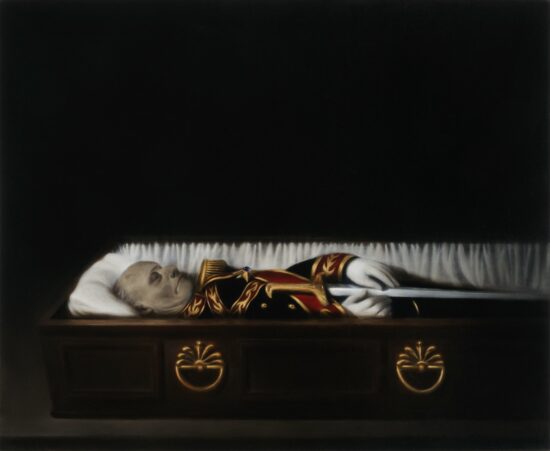 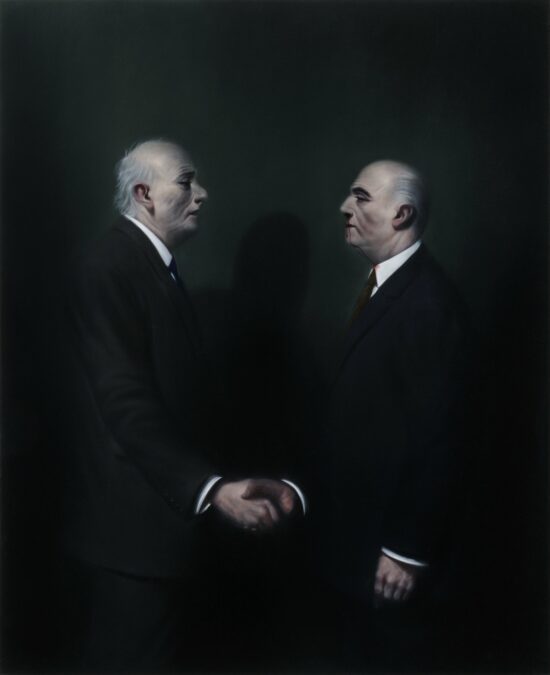 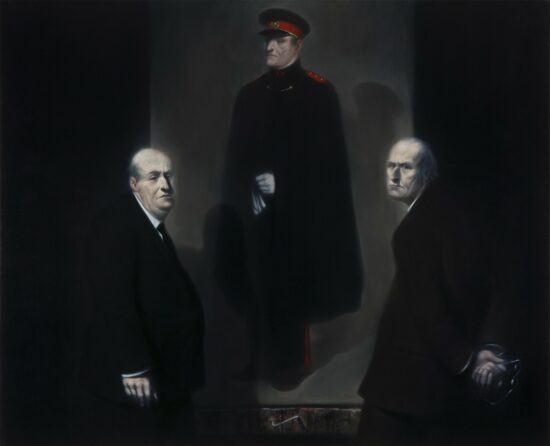 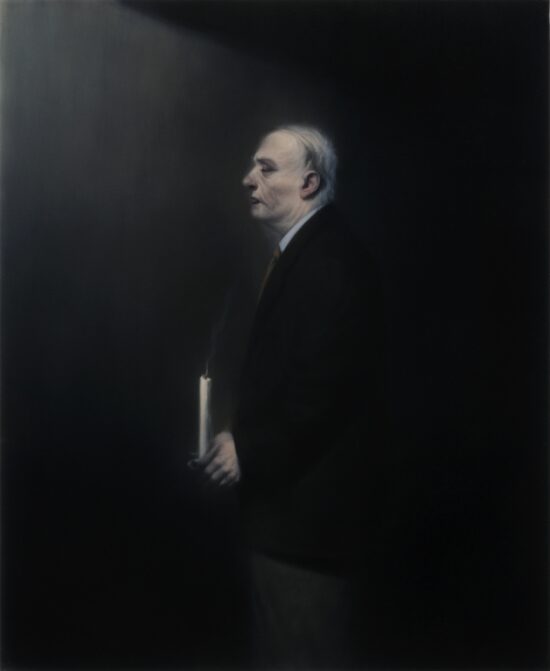 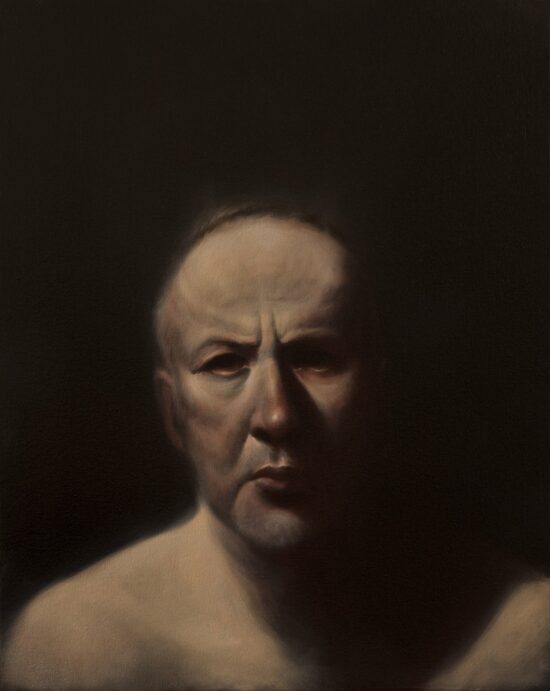 Self Portrait With Bare Shoulders, 2009